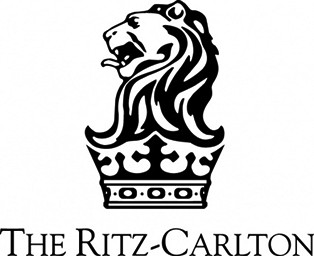 The Ritz-Carlton resort in San Juan, Puerto Rico is one of the many Ritz-Carlton hotels that appear across most of The United States, as well as other areas of the world. The Ritz-Carlton Hotel Company, LLC was officially established in 1983 and has since expanded at an enormous rate.

There was a lot of interest shown in the hospitality industry that essentially formed from the company’s rapid growth, so much so that Marriott International purchased it in 1998. Since, the group has introduced Ritz-Carlton Residences, Ritz-Carlton Destination Clubs and even a Ritz-Carlton Reserve in Phulay Bay, Krabi, Thailand.

The Ritz-Carlton, San Juan is an 8-acre resort tucked into the beautiful coastline of Isla Verde in Puerto Rico. It is a short drive from the Luis Muñoz Marín International Airport, several miles from the Puerto Rico Museum of Contemporary Art and also features a spa, a casino and the warmth of the Atlantic Ocean.

Known as one of the most elegant coastal hotels, The Ritz-Carlton in San Juan has a seemingly relaxed take on luxury, with a traditional Caribbean setting for guests to enjoy their stay in.

The hotel itself holds 416 guest rooms, with one of them a Ritz-Carlton Suite, six of them being Executive Suites and four of them Garden View Suites. All rooms have adopted the Ritz-Carlton style that promises a private bath in every room and light fabrics to prove cleanliness. The rooms also feature a flat-screen LCD television, gourmet coffee and tea and high-speed wireless access to Internet.

Outside of the hotel rooms, guests are greeted by uniformed staff dressed in formal clothing to provide a professional appearance, as well as little extras, such as fresh flowers extensively placed in public areas.

Dining at The Ritz-Carlton, San Juan

The Ritz-Carlton offers a la carte dining for guests to explore their options as well as taste, and gourmet cuisine available for guests to indulge in. The resort has five different restaurants to enjoy, including the well known BLT Steak, Ocean Bar and Grill and Il Mulino New York. There is also Mares and The Lobby Lounge for those who wish to explore authentic, Spanish and Caribbean flavours.

Accommodation, Wi-Fi, spa and beach accessibility aside, The Ritz-Carlton is an entertainment complex that offers a wide range of facilities to visitors, including an exciting casino.

The dress code requires players to uphold a neat appearance at all time, with absolutely no bare feet allowed, in spite of the fact that you are situated on a beachfront.

The casino has designated smoking areas, and offers Bingo as well as an extensive list of table and electronic games to all guests aged 21 and above.

There are just under 50 tables in The Ritz-Carlton casino with some hosting the world’s most popular games such as Blackjack, Craps and Baccarat.

Other known and loved tables games include games such as American https://roulettecanada.com/roulette/, Let It Ride, and various poker variants, including Pai Gow Poker, Caribbean Stud Poker and Texas Hold’em.

The list of electronic games is a long and exciting one of approximately 300, with some of the latest games available for to guests to play. The casino offers a number of progressive jackpots, where players can win large amounts of money on certain machines.